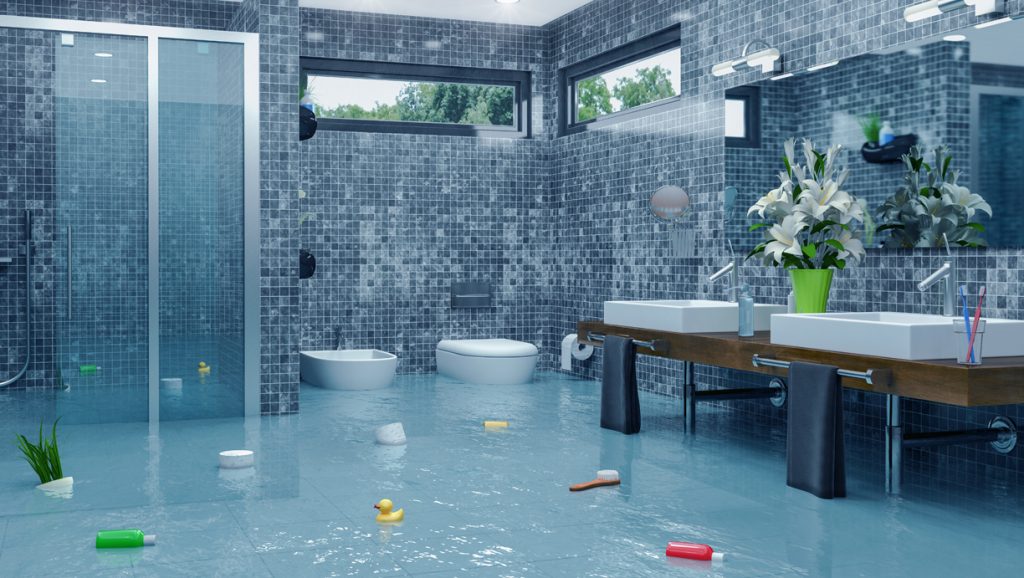 Did you know that water damage accounts for more than half of all property insurance claims in North America? Though water damage is often caused by rain storms, floods, or melting snow, a significant portion of insurance claims arise from water leaks originating from sources such as toilets, washing machines, and burst pipes. Here, we outline some of the most common sources of water leaks, their relative repair cost, and potential consequences for property and human health.

According to a recent U.S.‑based study by the Insurance Institute for Business and Home Safety (IBHS), plumbing failures are the leading source of residential water losses. These failures are typically caused by either frozen pipes, a failure of the plumbing system material, or deficient installation. In the IBHS study, these failures cost an average of US$5,092 per incident after the deductible was paid. In cold weather, pipes are at risk of freezing and bursting, which can result in severe water damage. IBHS points out that water pipes are very often located in uninsulated parts of the building; where this is the case, faulty installation is responsible for burst pipes.

Toilet failures are another leading cause of water damage. The IBHS study found that “78% of all toilet failures were caused by faulty supply lines, toilet flanges, fill valve assemblies, or toilets that have backed up and overflowed”; these failures cost an average of $5,584 each after the deductible was paid. What’s more, newly renovated or constructed homes are more at risk of sudden toilet failures.

According to the IBHS study, water leaks from washing machines are most frequently caused by supply hose failures, machine overflows, and drain line failures. Older machines are not always to blame, with 78% of the supply hose failures having occurred in washing machines that were less than 11 years old. As with plumbing supply system and toilet failures, the costs associated with these incidents exceeded $5,000 each after the deductible was paid.

According to the IBHS study, older water heaters with deteriorated tanks are more likely to leak or burst. Water heater failure can also be caused by a problem with the supply line, resulting in higher insurance claims. On average, water heater failures cost $4,444 each after the deductible was paid.

Water leaks can have disastrous consequences in residential and commercial properties. Water can seep into floors and cause baseboards or flooring to swell and warp; it can also destroy furniture, cause staining and discoloration along the walls, compromise structural integrity, and lead to mold growth. Dampness and mold can seriously impact your health. According to the Centers for Disease Control and Prevention, exposure to moldy and damp environments can cause symptoms such as coughing, wheezing, nasal stuffiness, and throat, eye, or skin irritation. Individuals with impaired immune systems or chronic lung illnesses may develop serious lung infections if exposed to mold.

If a water leak occurs in an unoccupied home or property, the damage tends to be more severe, resulting in higher insurance claims. In the IBHS study, claims due to water heater failures that occurred when the homeowners were away were 49% more expensive; meanwhile, washing machine failures that occurred in unoccupied homes “resulted in claims that were on average nearly two‑and‑a‑half times more severe than those occurring in occupied homes.” Fortunately, it is possible to prevent water damage by using a Water Alarm system. AKWA (www.AKWAtek.com) is the first Water Alarm system on the marketplace to integrate an alarm controller that makes sure leak sensors are present and active at all times (in contrast to leak detectors that cannot detect if a sensor is missing). Moreover, when an alarm goes off, the AKWA Water Alarm controller will validate whether the alarm is true before shutting the valve. You will not be alerted to a false alarm, such as if a wet mop touches a leak sensor.

Above all, you will benefit from the same stability and reliability that you get from your home security or fire alarm system. AKWA is the only Water Alarm solution that can offer you the peace of mind. The best protection will always come from a preventive approach. Closing valves BEFORE a leak occurs is your best protection against water damage. Shutting off the water with an automatic shutoff system can save you thousands of dollars in repair costs and insurance claims, and prevent possible health repercussions.